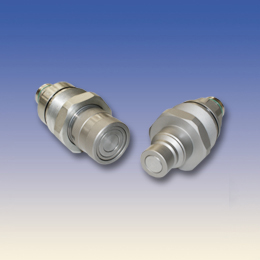 The female coupler Highlights an interior decompression arrangement (Patent forthcoming) that empowers the coupler to consistently be depressurized when separated, while the male coupler has inherent associate under tension usefulness